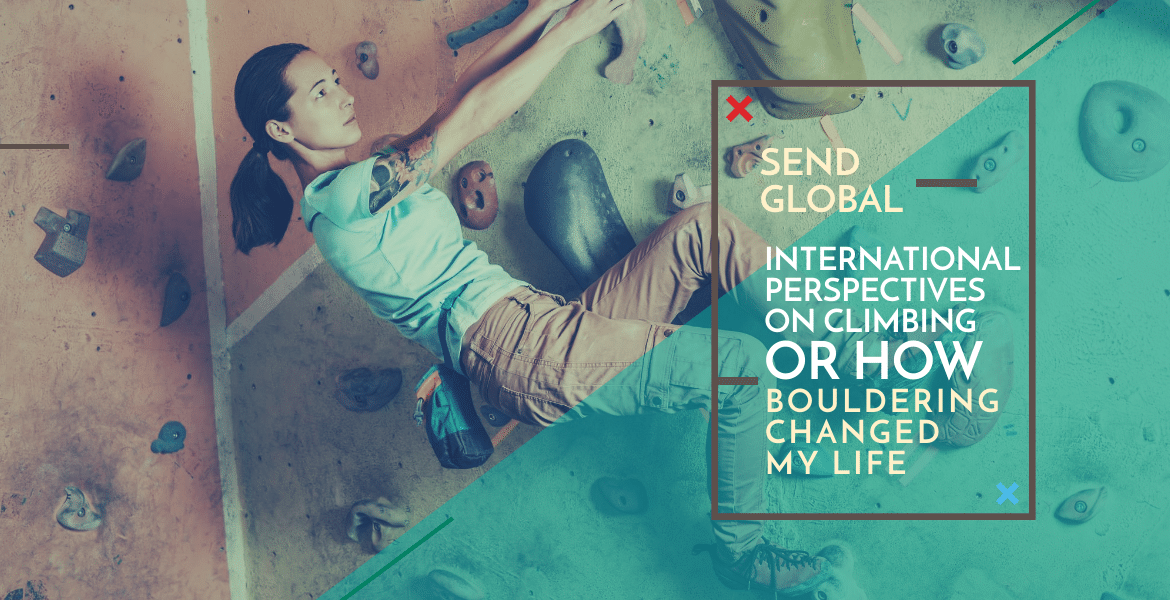 Climbing, bouldering, in particular, has been a godsend for me while abroad. Recently, during a six-hour layover in Zurich, I found myself tapping “climbing gyms near me” into my phone before the plane had taxied to our gate. Indoor bouldering is the rapidly growing sport of our time—it’s the next logical step, as the end of microbreweries and getting rid of the 3.5 mm headphone jack.

It’s infinitely Instagrammable. The gyms emphasize clean lines and modern aesthetics with lots of geometric volumes, creative angles, slightly textured walls in favor of faux-rock. Climbers and audiences alike are hungry for dynamic feats of coordination, which are tricky to justify on real rock. That tap into the same desire that brought parkour to the mainstream with the help of video streaming. Best of all, there is a low barrier-to-entry for the climbers, as they eschew costly belay clinics and harness rentals, and for the gym owners, who can populate urban areas with bouldering-only gyms fit for the low ceilings and high rent costs.

I found Ever Free Climbing Gym, after walking past it twice, when I heard the laughter of salarymen. It was on the basement level of a nondescript two-story building in a residential area of Shinjuku City, Tokyo.

The men were still in their lifeless grey trousers with navy socks. They had their sleeves rolled up, ties and blazers neatly folded by their briefcases, tucked away into cubbies along with their street shoes.

I had no business being there. I was still in the uncommitted “rental shoes” phase of my climbing. And though I had a freshly-minted belay certification, it was of little use abroad with no partner, no gear, and absolutely no Japanese language skills.

After a month of deep and intense isolation, I figured that there were far worse things than being out of place in a local climbing gym. After all, climbers are the same everywhere, right?

One of the businesswomen stood up off the vinyl flooring and reset her feet on the polished starting holds. We cheered for her loudly when she got to the finish—a sloper we all agreed used to be green. They cheered for me, too, even though I greased off that thing almost immediately.

A few years later, I saw something similar when a trio of brothers visiting from the Philippines came to climb at Tufas. The oldest was ten at most, and the youngest had his own shoes, and I’m glad he did because I’m positive our smallest rentals wouldn’t fit him. He was the one getting beta on a slab problem from one of the regulars. After all, climbers are the same everywhere.

The quintessential climber used to either be; a) a white man with a beard exploring the alpine, evoking the lone-wolf outdoorsiness of Teddy Roosevelt, or b) the dope-smoking dirtbag types skipping out on education and employment in favor of crag beers. Not only does this stereotype ignore figures like Fanny Bullock Workman, whose career as the first professional female climber has recently been brought to light by a novel by Catheryn J. Prince, but also makes demonstrating the true diversity of rock climbing very hard to represent. After all, however, rapid growth brings rapid change.

Quickly, climbing moved from a group of Chouinardian old-timers snickering at anything other than 15+ pitches of 5.13d downclimbed in the free-solo style to a sport that looks to the youngest, most international generation for the record-crushing ascents. There’s no room for the Roosevelts, the dirtbags, the sandstone addicted NEETs. Some may mourn these developments, longing for just a smidgen of gatekeeping. Others, and I include myself in this camp, are eager to define climbing for themselves instead of trying to define it for others; that is, to start climbing on their terms.

“Climb Local, Send Global” is much more than a slogan. It is an ethic. It is simultaneously recognizing the community climbing with you in the gym and staking a claim to the vast cohort of climbers and setters, activists, guides, and educators dedicated to liberating the outdoors in the same way that parkour sought to liberate the Parisian streets. Climb Local, Send Global is Italian shoes climbing Chinese cliffs protected by cams designed in Austria and made in Salt Lake City. It is going to the Wissahickon for a river cleanup a few days before your dream trip to the Dolomites (or the Gunks, or Birdsboro).

In the spirit of looking beyond our proverbial garage door, Tufas is launching a new blog series in addition to our Bouldering Basics called Send Global for all things international brought close to home.

If you are looking to read up on the crags and gyms outside the United States, “Welcome!” If you would like to write a guest blog on how climbing, in a global sense, has affected you—whether it’s on the topic of trying to secure a belay partner in your limited Afrikaans, or stumbling through the social cues, etiquette, and grading systems of a foreign land—we want to hear from you!

Z. Kudratov wrote this, among other things. They’re an imported Philadelphian with a soft spot for public transportation, public radio, and the PMA. 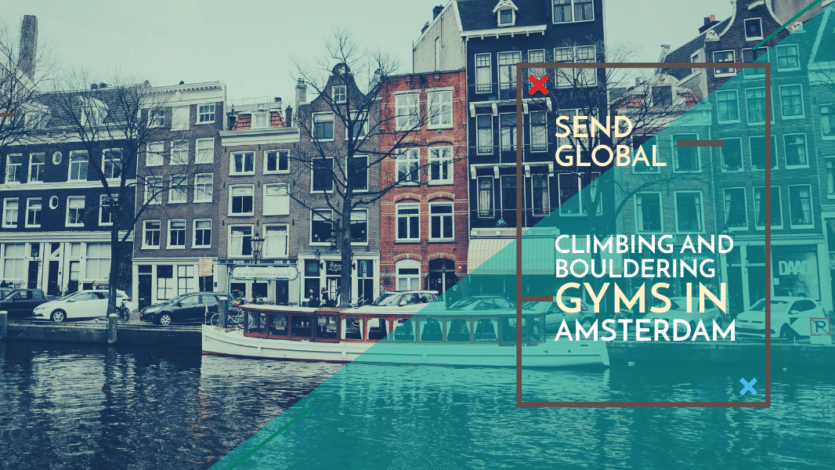