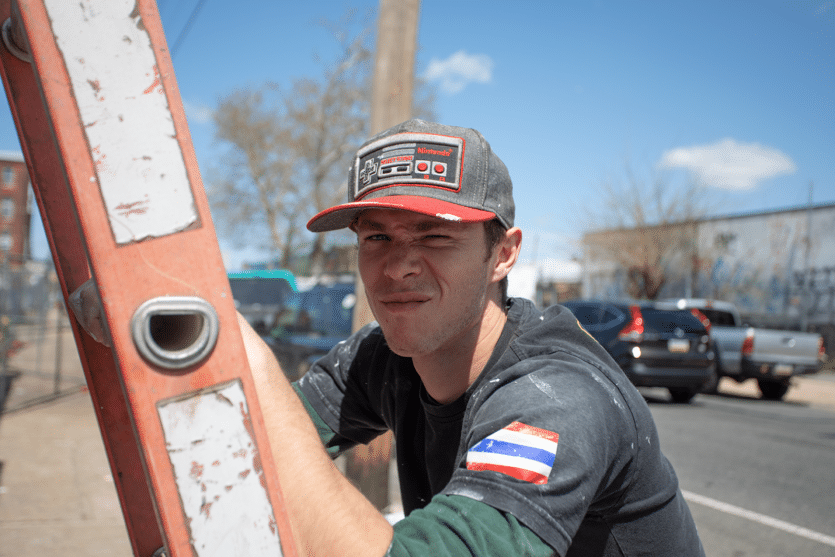 I grew up for the most part around Hockessin, Delaware but also New Hampshire and Maine as a teenager. I first got into climbing when I was 13, frequenting climbing crags in the White Mountains. In 2016 I moved to a small island in the gulf of Thailand where I worked as a climbing and scuba diving instructor for a year. I think my favorite book right now would actually be a tie between Ishmael, and Shantaram. My favorite climbing snack is without a doubt wasabi peas. After backpacking around Europe and New Zealand for several months I decided it was time to move back to the states. Since arriving in Philly at the start of 2018, I have spent the majority of my time at Tufas, working, climbing and enjoying (almost) every day of it.